it’s a complicated world we live in and with all the complex thought and mixed up mindset, we established different definitions for equality messed up in all our mixed up minds. But do you really think that the world needs EQUALITY that we think it is? Equality is a good concept but only till it is about positions and not about places. In any field of classification, if equality means assuming everybody as same is not fine it never was, We are humans and sorting out things is the concept that we developed and accepted over time. Make everybody same at one aspect and we will find other criteria to differentiate

Just think about the gender concept it is the most common debate going on for years. The two primary genders not subclassified, are debating over the messed up concept of equality. Over years we have been fighting, forcing and asking for one specific gender to act like another, be like another, have rights like another so that the both genders can be placed at a single place. But by doing this do you think that equality can be obtained?  by taking these steps, are we fighting in the right direction and by doing all these we will make everybody equal? Asking someone to be like another directly says that the another one’s better, so again are we really fighting for equality? It makes you kill your real self to be like another and obtain so-called equality. 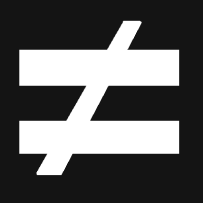 We have been taught that “don’t hit her because she’s a girl” , “Be nice to them because they are of different race” “we are all same” but that’s wrong, we should tell that ” don’t hit her if she doesn’t deserve to get hit because you are a human”, “be nice to all, not because everybody’s same, but because you should be same to everybody” saying everybody is same is never right .Whether it is gender, race or place we are not same we should stop teaching our kids that everybody is same because that’s wrong, we are not same. Instead, we should teach them that we are all different and there’s nothing wrong in that, it’s completely fine if anybody’s different from you. You and I we are not same not even biologically, not biologically therefore not physically nor mentally. We were born up in different situations, bought up in different conditions. Maybe my cons were your pros; places, where you lacked, were my advantages….maybe, hence I can’t demand to be at your place. I don’t want You and me to be at the same place but I want You and me to be at equal positions at our own different places. The definition that we have given to the world lacks somewhere, everybody in this shouldn’t be same but should have equal rights, equality and rights to choose and do whatever you want, equality of right to deny when asked to be like someone else and equality of bringing up equal efforts to make this world a better place.